I didn’t even swear this time… no wait, yeah…yeah, I did.

This is going to be a crazy busy week.

I’m not 100% sure how it’s going to pan out, but I’ll either post a bunch of stuff this week because El Chupacabra will have to work until 10pm everyday, which frees me up to write after the kids are in bed, OR, I’ll be too tired and busy picking up the slack because El Chupacabra has to work until 10pm everyday that I won’t write anything at all.

If I make my kids eat cereal and peanut butter and jelly and stuff like that for dinner, then I’ll definitely have time to throw something together to post. That’s probably what I’ll do, cause I’ve been wanting to do another installment of “Ask Jamie How Missionaries Do It” and also, I’m thinking of starting a new monthly series on the VWM, called “Stuff Missionaries Like”, but I haven’t decided if that would be totally lame or not. Obviously, it’s a complete and total rip-off of Jon Acuff’s Stuff Christian’s Like, which is a complete and total rip-off of Christian Lander’s Stuff White People Like. And I’m not sure how I feel about doing a rip-off of a rip-off. It’s seems kinda desperate. But, at the same time, I have a list of potential Stuff Missionaries Like material that could keep me posting for a year. Plus? I think it would be cool to invite some of the other missionaries that frequent this site to guest post about, saaay, “Showing You How To Use The Weird Foreign Toilet.” or “Telling The Locals You Have Raging Diarrhea in A Language You Can’t Understand While You’re Standing Right There.”

Anyway, I think it has potential, so, if I have time, you can expect that later this week. No, but really, is it lame? Cause I don’t wanna do it if it’s lame…

Oh, and I’ll definitely be doing a guest post for another blog soon, cause I said I would, and which I’m totally happy to do, but I gotta admit, it freaks me out. I mean, I’m not, like…a writer…ya know? I’m mostly an abrasive jerk who doesn’t know or care about using proper punctuation. And that’s cool when it’s just you and me, cause you accept me for who I am, and you already know what you’re in for when you click in this direction. But, right now, there are some unsuspecting innocents out there who don’t even know that they’re about to be accosted by unsavory language, crude idioms, and a generally irreverent view of the world on their regular missionary blog. That said, I’m pretty excited about it and I love the subject matter, so it will definitely be fun!

The last thing is, I’d like to ask you to pray for me, for us really, in a couple of ways, but I really can’t decide how specific I wanna get about it all. 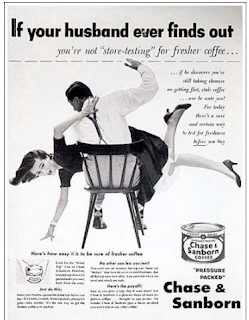 No, no, El Chupacabra and I aren’t on the verge of divorce or anything like that (actually, we’re pretty darn good), but there are other things which we’re facing as a family; decisions to be made, losses to be grieved, finances to be sought, minor but irritating illnesses to get over. So rather than throw it all out there, carelessly and bluntly (the way I usually do), I’m just gonna ask that you remember our family in prayer this week. We would be sincerely grateful for that.

And I’d really love to pray for you too, if you’d like. But be warned, I pray just like I write, and I will ask God to bombard you with shitloads of grace, or heal the crap out of you, or bless you like an m-f-er, or whatever the case may be…

That’s just how I roll.

So, if you’re cool with that, leave your prayer needs in the comments and I will pray the hell out of them.

P.S. I just put that pic in because I wanted to make you think that I’m trying to send you a subliminal message that my petition for prayer was so vague because I couldn’t outright tell you that El Chupacabra has been spanking me for not “store testing” for fresher coffee…. which I’m not saying he has…buuut….. 😉 <---that's a winky face, whatever that means. : <---- that's a shruggy "you decide" face. :| <---- straight face. Oh dear.