The difference between El Chupacabra and me.

August 7, 2010 / Jamie Wright / No Comments
I think I’m gonna paint my living room. Today. I’ve been talking about painting since we moved into this little house a year ago. But now I’m going to do it.

Yesterday, I spot-cleaned the carpet in my middle son’s bedroom. We are, apparently, the only people in all of Latin America with carpeted bedrooms. It’s gross.

Last week, I organized my closet.

Tomorrow? I’ll probably file the one million years worth of receipts that I have shoved in a Trader Joes bag under my bed. Or maybe I’ll develop a new recipe for a high-energy protein bar, or I’ll engineer a bridge, or something else equally as unrelated to what I really ought to be doing.

I’m at it again. Procrastination is like a competitive sport to me. This time I’m procrasturbating because I decided to jump head long into a new project. It’s crazy. 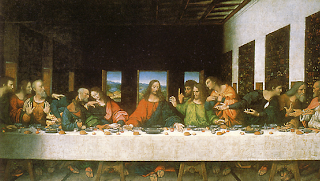 El Chupacabra walks in after work and I can see him assessing the situation. He smells Pinesol in the air, sees the TV has been dusted, notices his underwear has been folded and rearranged to create an exact replica of Da Vinci’s Last Supper. “So. What’d you do today?” he asks.

What he really wants to know is how much time I put into my project. The homemade pies cooling on the window sill answer him before I can. Um…none.

*gulp* He knows me too well. He knows that the only reason I’m suddenly so interested in eradicating our home of insects and allergens is that I’ve taken on a project that has nothing to do with any of that.

This morning, he looked me in the eye, and with all the kindness and gentleness he could muster (and with a tone of voice that clearly conveyed I-have-no-desire-to-start-a-fight-with-you-but-you-need-to-hear-this) he said, “I think you might be sabotaging yourself and I don’t know why.” And then he left for work and I had to stew on it all day without being able to throw all of my clever ‘you know what I shoulda said’ retorts a back at him.

This is the difference between El Chupacabra and me. If he is going to do a project – let’s say put in new baseboards – he’ll throw a skill saw on our unmade bed and start cutting. Two hours later, we’ll have a bed full of sawdust and, as promised, all new baseboards. And I’ll be freaking out the whole time about how he’s doing it, and the mess he’s making, and why can’t he just blah, blah, blah… But, by the end of the day, the project will be done and the mess will be gone.

On the contrary, if I’m going to put in new baseboards, the first thing I’m gonna do is clean the kitchen. Then I’ll catch up on the laundry, write a novel, learn Mandarin, and bake cupcakes. Three years later, I will still be talking about putting in new baseboards.

Clearly, his way is better. So I’m gonna try it – I’m gonna just do this thing and clean up later. Here I go.

Ok….I’m currently fighting the urge to run downstairs and re-stack the Tupperware… Prayers are appreciated.

So what’s your deal? How do you tackle a project?