Respectability is Overrated… according to Seth Barnes

So this is the very first ever guest post on the Very Worst Missionary. It comes to us from the Seth Barnes of Adventures In Missions fame – so I highly suggest you read it, because he’s kind of a big deal (I could be blowing smoke here), and also because I think it’s a great post, and I just know that you totally care what I think. So read on: 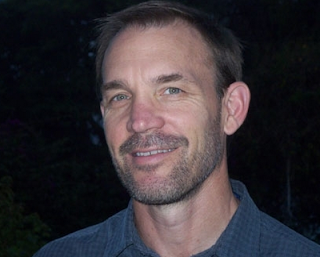 I’m almost 53 – an age where you’d think I’d be enjoying some respectability. But frankly, I’ve always thought respectability is overrated. And Jamie’s blog bolsters this belief. She’s becoming the Rodney Dangerfield of missions, and I for one appreciate it.

Missions is a messy business. I’m going to issue a challenge to other missions executives like myself to “out themselves” with their stories that show that they, too, have had their “very worst missionary moments.” I personally have a great many to choose from. Here’s one from a mission trip to Mexico in 1993 with my friend John Rose, now a famous and almost respectable pastor:

Our group stayed at “Friends of Mexico” in the center of Galeana, a quaint mountain town. During our time there, someone told us about a primitive village above the tree line that needed food. We loaded up the group and trooped off to the mountains to minister.

When we arrived we were greeted by a small swarm of cute little piglets that ran up to us. We all grabbed one and carried them around for 10 minutes as our pets – rubbing their bellies and letting them lick us. Then, someone slammed the outhouse door, and all the piglets ran behind the outhouse to the concrete ramp that took the human waste out of the outhouse and into the pigpen. They snuffed happily at their fresh buffet.

This happened almost 20 years ago, and yesterday John recalled the incident: “My mind has been branded forever with this image. When I die, I will not see images of the birth of my children, the first kiss with my wife, nor of Maui, Baja, or the time my son hit a home run to win a game in little league. My last thought on earth will be of trying to wash and scrub all that pig slobber off my face when I discovered the source of his food supply.”

After the piglet episode, the families poured from their homes and invited us to attend their little church to give us a concert. They rounded up four guys to play and sing for us. I mean, these guys dropped their rakes, shepherd crooks, and pitchforks and stumbled in. I don’t think any of them had showered or been indoors for a month. There was a certain build-up to how incredible this music was going to be. We sensed the holiness of the moment and felt that there would be great irony in the beautiful music pouring forth from these humble servants of God.

John recounts what happened next: “I have heard the sound of tearing metal in an auto wreck, screams of pain coming from cows while being slaughtered. I have never – in my life – heard a sound as awful and out of tune as these guys made.” What made it even worse was these dear brothers were so sincere and humble and engaged in performing for us. They were genuinely seeking to share their “gifts” with us. I will never forget their wispy eyes and emphatic arm gestures. Fortunately for those men, they had two mature sympathetic Christian men who were listening to them – John and me! Certainly, we would provide supportive and mission-based encouragement.

Before long, we were dying as we tried not to laugh. We snorted and choked and coughed. Tears streamed down our cheeks. I ran out of Kleenex and started using a sleeve. I remember biting my tongue really hard and staring at my feet. Undeterred, they kept playing encores, each seemingly more discordant. Toward the end, John totally lost it. He stumbled out the back door and collapsed in the dirt, pounding the ground in laughter.

Relieved at his blatant show of foolish behavior, I joined him. The concert finally ended and, after having destroyed years of missiological witness, still laughing, we beat the rest of the group to the truck, pausing along the way in a goat field to pick up chunks of goat dung and throw them at one another.

This month, we’re celebrating our 90,000th missionary to go into the field. I like to think of it as 90,000 attempts at greatness. Some have failed, some have succeeded. Most have been messy.

One thing I’ve learned is that we’re all a mess. When John and I were rolling around laughing at the service, I didn’t realize that the real mess was inside me. After over 20 years of realizing my own brokenness, I’ve come to grips with the fact that God loves to work with messy people. It’s really all he has to work with.

We hope to send out as many messy people as possible in the next 20 years. They have no delusions about respectability, and those are the people Jesus seems to favor. And they’re the ones I want work with. Because I’m one of them.

Hey there, me again. I just want you guys to know that I totally forgive Seth for comparing me to Rodney Dangerfield (not that every chick wouldn’t just love to be compared to an ancient, fat, bald, bug-eyed, half-funny dude). And I also want to say that, Seth, even though you’re kind of…ya know…old, and even though you made out with a poop-eating piglet, I think that what you’ve done in your missionary career is highly resepectable, I mean, like, “See that guy over there? The one in Depends?… That’s Seth Barnes from AIM!” kind of respectable. So, please, keep on doin’ what you do!

In celebration of their 90,000th (!!!) missionary, AIM is having a sale – yup, a missions trip sale – with discounts on trips all over the world – check it out, here!

**Seth Barnes is the founder and executive director of Adventures in Missions. You can connect with him on his blog Radical Living in a Comfortable World.

Ok. The challenge has been issued – Out yourself! Time to dish on your “Very Worst Missionary Moments”…. let’s hear ’em!