June 23, 2011 / Jamie Wright / No Comments
On Tuesday I will drive my oldest son to the airport, kiss him goodbye, and pray like crazy as he flies away to Louisville, Kentucky (which I’m told is pronounced “Lew-uh-vull”), where he’ll spend his summer break with my adorable heathen sister.
I’m kinda bummed, and I’m kinda worried, and I’m kinda nervous, but mostly I’m really excited for him, and I’m totally grateful to my lil’sis and happy that we were able to make this happen, because if any kid has ever earned a summer trip to his cool Aunt’s house in Lewuhvull, it is this kid. 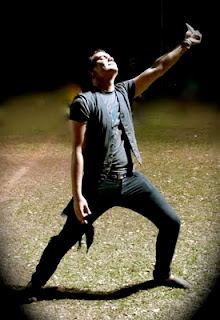 My kid.
The one who was yanked out of his suburban NorCal life at 13 to be transplanted to another country, learn another language, and take on countless new, unexpected, and not always good experiences, and who has never, not once, everrrrr complained about it. In 4 years, not one complaint about being here — This is not an exaggeration.
This rockstar.
The 17 year old who can’t have a part-time job because he’s a foreigner without a work visa.
The guy who still doesn’t have a driver’s license because in this country he can’t get one until he turns 18.
The 6foot3 hipster/wannabe fashion-hound who can only get new clothes once a year, when he’s in the states, because Costa Rican clothes are A) too freaking expensive, and B) just don’t fit him.
My missionary kid.
And I’m really gonna miss him. But, like I said, I’m super stoked that he gets to go.
It’s only 2 months, but it’s 2 “normal” months of speaking his own language and always knowing what’s going on around him and going places without everybody staring at him. And that’s a pretty big deal for a 17 year old. Actually, that would be a pretty big deal for anybody. So my prayer for him, as he gets on the plane that will take him to Normalville for the summer is that he dive into not being a missionary kid with both feet.
This is The Great Decommission.
Go, my Son, and eat corn on the cob. Burn stuff on the 4th of July. Swim in a lake without worrying that a crocodile is about to snap you in half. Go without a whacky agenda for yourself or for anyone else. Nobody has to know that your parents are missionaries, so you can be free to make friends without anybody worrying that you’re trying to “save” them. Go flirt with the ladies, get some numbers. Seriously, go for it. But be nice. And respectful. And you don’t have to touch the ladies… anyway. My point is that you’ve been a brilliant MK, but this summer I hope you’ll enjoy just being a K. Sleep late, eat gummy bears, watch Hulu, go to Target. Oh, and seek God. For real. Just look around and see what He’s up to. Let yourself be amazed by how God shows up in the normal. Then when you get home, tell me absolutely everything because I’ll be dying to know where you’ve seen Him.
…. …. ….
You know how much I just love asking for money – but such is the life of the missionary. Blech! So I’m gonna throw this out there, and let you decide if…whatever:
Would you consider giving to our “Give a Missionary Kid a Break” fund?
Stephen needs shoes, clothes, books, a messenger bag, guitar strings, and some other junk. If you’d like to throw a few bucks his way, I know he would be incredibly, unbelievably appreciative!
You can use the PayPal button, right over there ——>
Or, if you’d maybe like to send him a gift card? You can email me @ theveryworstmissionary@gmail.com and I’ll happily give you an address to send it to. 🙂
…. …. ….
The other day I tweeted: My oldest is spending the summer with my sister. I told her: No pot. No hookers. Only 1 tattoo. …Still, I’m worried. :
You think I should add anything to that list?