Because I want to wear a fancy dress.

Um.
I don’t know how to say this without sounding like a tool who brags about all their stupid accomplishy crap on the interwebz – but I have to say something because ~Crap on a Cracker!~ somebody has mistaken me for a leader… 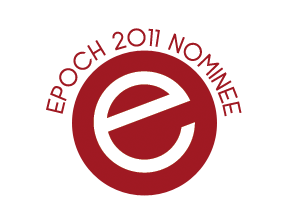 Apparently,
I’ve been nominated for a 2011 Epoch Missions award, in the category of “Current Leader”.


But, I checked.  And it’s true.  Somebody thinks I’m a leader in missions.

BAHAHAHAHAHAhahahahahahaHAHAHAHahahahah!!!!! Heeheehee…. That’s a good one.


I’m pretty sure this is the part where I say something darling, like “I’m so honored just to be nominated.”  But in the words of perhaps the most beloved Christian servant of all-time, Nacho Libre,

“I hWANNA hWIN!”
I do. I really do. I wanna win.
And, yes, I am aware of the visible flaw in a missionary intent on beating out other missionaries for a place of public recognition. Ugh! There are just so many ugly things about this which fly in the face of humility, sensitivity, and selflessness one might hope for from a missionary.


But, you guys – It’s a black tie affair.  You know what that means, don’t you?
Exactly! Pretty dresses, heavy makeup, and sexy shoes! *Squeals* It’s all just so exciting!
I know how crazy that sounds. I have long struggled with the insane disparity between the poverty that I’ve seen and touched with my own eyes and hands, and the frivolous desires of my selfish, material-driven heart.  I understand the contrast between the eternal investment found in a life of generosity and personal sacrifice, and the momentary, lusty satisfaction gained from a few hours in a truly fabulous pair of shoes.


And I know this makes me a horrible person, but I still reeeeeeally want to wear a shiny dress to a fancy party every now and again.  These hideous monkey toes of mine are longing to be crammed into the pointy snout of a sleek and strappy, black heel.  I’d like to wear crazy, dark eyeshadow to some place other than the super-market and I’d enjoy pretending, for just one night, that I’m a princess and not a pauper (even though I’m pauper by choice).


But while I’ve been all day-dreamy about attending the ball, other missionaries have been out there kicking the world in the ass.  They’ve been building wells and housing orphans and loving teens.  They’ve been inspiring people and challenging people and encouraging people on a path toward Jesus.  These are the missionaries who deserve to have their leadership recognized, they deserve to have a glass raised in honor of their efforts.  These are the dudes who should be rocking a frilly blouse and some fancy pants, and escorting their hot, homeschooling wives to the ball.


I wanted to win.


For all the wrong reasons, I wanted to win.


I wanted to win because I want to wear a dress. But I’m over it.


Now, I want to see my brothers and sisters win – the kick-ass missionaries who are out there reclaiming the Earth from the dark; bringing hope, filling bellies, washing feet.


I’m honored to be counted among them, and inspired by their amazingness.
What else can I say? Rock on, Missionaries, Rock the hell on!


Have you ever been nominated for an award? Did you feel kinda weird about it?  It’s ok. You can tell me…