Let me preface this post by saying: I have no right to write about pop-culture.

I sort of gave up that link to social relevance (along with regular hair cuts and a proper collection of shoes) when I moved out of the U.S.

I have cable TV.

And my cable TV includes network television programming from Miami.

And my husband coaches football on Monday nights, so there’s nobody here to work the remote control for me.

And that’s the only way I can explain how I’ve seen the last four episodes of “The Bachelor”.

And ARE YOU FREAKING KIDDING ME?! That show is everything that’s wrong with the world. 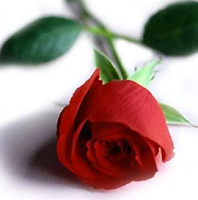 If you’re unfamiliar with the Bachelor (perhaps because you live on a submarine in the Bermuda Triangle), the premise is that a whole bunch of women meet ~and miraculously fall in love with~ one dude, and then he dates/makes out with all of them at once, and then, at the end of each episode, he kicks one or two of them to the curb.  Each weeks “winners” get a red rose and another shot at beating out the competition on the path toward the “Final Rose Ceremony”, which culminates in a marriage proposal from, basically, a total stranger.

I’m sorry if you love The Bachelor. And I’m sorry if you think that Neanderthal Ben is soooo dreamy and you wish that Psychopath Courtney would perish in a freak accident so that Ben could ride off into the sunset with Nicki on Lindzi’s horse… to your house, where he would dump Nicki and give YOU the final rose.

But, dear sweet baby Jesus, have we grown so apathetic to the human condition that we’ve turned Love into a gameshow?

I’ve been sitting there watching the carnage of The Bachelor on Monday nights with a cocktail of glee and pity as woman after woman gets her pathetic little heart stomped into the ground.

Do I enjoy this?

I’m simultaneously horrified and amused. I want 5 minutes with these women because I want to tell them how they’re too worthwhile to be embarrassing themselves in this appalling circus act. But I also want to karate chop them in the throat, and tell them what a bunch of stupid idiots they are for signing up in the first place and that if they’re gonna be a bunch of stupid idiots then they deserve to be crushed and humiliated in front of everyone on the planet.

So I sit there all by myself on Monday nights, saying, “Change the channel, Jamie.” Over and over again, I tell myself, “This is bullshit. CHANGE THE CHANNEL. Do not be a part of this crap. CHANGE THE FREAKING CHANNEL.”

But I keep watching because I’m “just curious” as to who will walk away at the end of each episode with the elusive red rose that denotes her superiority over the competition, and who will collapse in shock when they realize that they have not been chosen by the douche with the roses.

Not gonna lie, it tweaks my heart a little when they interview the dumped girl as they drive her away in a limo. It kinda gets to me when she does that squeaking, gasping, crying thing, and then she croaks out her rejected dismay from behind a snot bubble. I can practically hear what’s left of her tattered soul, begging the universe for answers – “If I can’t find love on the Bachelor, then how will I ever snag a man before all my eggs shrivel up?!”.  I want to reassure her that she’ll be ok as they send her packing with nothing but a broken heart and, presumably, a cold sore.

The show itself is a travesty. And yet, as I watch, I can’t decide which is more devastating; That the show exists at all? Or that, in my brokenness, I help it exist?

I am, however, reminded of one simple truth as The Bachelor wreaks havoc on the Earth with those damn red roses every Monday…

We need you, Jesus.

Cause this thing we’re doing? Where we turn pain into profit, and love into a gameshow, and then we put everything we have on the line for a final freaking rose that has no value…?

I don’t think it’s working out that well.

What about you?
Are you a Bachelor apologetic? Or do you think it comes straight from the bowels of hell?