March 23, 2012 / Jamie Wright / No Comments
A few weeks ago, a couple of friends and I had a remarkably awkward interaction with a group of short-term missionaries, right here in Costa Rica. The whole thing reminded me of the ongoing conversation on this blog regarding some of the more glaring failures of short-term missions, and it reaffirmed my conviction that we desperately need to examine missions as a whole.
We had zipped on in to the city so my friend could shoot some footage for a documentary, when we ran across a group of young people playing music in front of a fountain and offering passers-by hugs in the name of Jesus.
Yes. Hugs… For Jesus.
As we moved through the crowded promenade, we could see these Gringos were were out in force, carrying signs (many in English) that said “Free hugs” and “Jesus loves You” and a couple of references to 1Corinthians, the lovechapter. 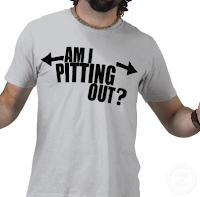 Eventually, one of them found her way over to where we were sitting to offer a Jesus hug. Being a non-toucher, in general, I quickly declined. “No, thank you. I’m….I’m good.”And when my sweet, affection-loving friend finally relented to the poor girl’s persistent (insistent?) offer to give her a hug from Jesus, I knew immediately that I had made the right decision. That chick had my poor friend wrapped up like a cage-fighter when I saw how bad she was pitting-out. We’re talking pit-stains the size of Rhode Island…. For real. Want a hug?And possibly a communicable disease?…*Shudder*
By the way, Jesus loves you!
We ended up shooting an impromptu interview with this group of college aged youth, who’d come from all over North America and Europe. We asked them simple questions like who they were, what they were doing, and what they hoped to accomplish by giving out hugs on the streets of Costa Rica. I can say they were at least able to tell us their own names with confidence – beyond that, it was obvious that none of them was really sure why they were here or what they were doing. One girl even admitted that she wasn’t even a Christian when she arrived in the field, and that her Mom had signed her up (As a missionary! On a missions trip!!) without her knowledge.
We asked them, “If someone accepted a hug and was so moved by said hug (and subsequently knowing that Jesus loved them) and they wanted more information, what would you do?”
And they weren’t really sure.
So we helped them out with a suggestion, “Would you, y’know, maybe refer them to a local church?”
“Oh, yes! Yes. For sure. We would refer them to a church.”
Cool. Which church?
“Oh. Costa Rica has tons of great churches.”
Ok. Do you know what any of them are called? Or where they are?
“Well… No. But, they’re everywhere around here.”
Oookaaay… Do you go to a church here? Like, a church that you could invite people to attend?
“Um…yeah. Hey, you guys? What’s that church we go to? Like, on Sundays. What’s it called again?”
So you don’t even know where YOU go to church?
And then, a leader came up and tapped her watch and said, “Sorry to interrupt, but we’ve got to go do… a…thing…” And then they split.
To be frank, this was probably the most significant conversation these kids had all week. Perhaps all month. And they had no idea whether or not we were Christians – as we parted, a couple of them shouted “Remember, JESUS LOVES YOU!”, so I’m guessing they assumed we were not in the brotherhood – but they were on a schedule, one which apparently cannot be disrupted by pesky people asking annoying questions about connecting with Jesus.
….    ….    ….
I know, I promised to take this conversation in a new direction, to lay off the complaints and instead offer some helpful suggestions for healthy, useful missions. But I relayed this story because I think it’s a great illustration to help us carry this conversation forward, as it raises some really good questions to get us started:
Should anyone at all be allowed on a short-term mission trip? If not, what should the criteria be? What should the vetting process look like?
Does the purpose of a mission trip matter? Does your church choose to partner with world missions that fall in line with its own view of ministry and discipleship? For example: Would your church see “giving hugs for Jesus” as a valuable contribution to the process of making disciples?
Are you willing to do the work to make missions matter? Missions will continue to be crappy as long as we’re willing to sign up on a whim, hop on a plane, and do whatever we’re told without an ounce of intelligence. For instance: Do you think people in Costa Rica, where even the ER doctor will greet you with a kiss on the cheek, are in dire need of physical connection – Is there a lack of hugs around here? And, do you think that in a country, like saaaay Costa Rica (where people are very sensitive to body odor, cologne is the bread of life, and showering is as important as eating), that hugs from a bunch of greasy, smelly Gringos with pit-stains down to their belly-buttons are a good way to connect and say, “Jesus loves you”? I mean, come on – isn’t there a better way?
And that’s what it all boils down to, I guess. Is there a better way?
Welcome to the second part of this whole messy series on Short-term missions. I’m really excited about exploring these questions (plus a few more) in depth with you guys over the next few weeks. I would love to hear your thoughts, and I hope that you’ll feel comfortable to claim your stake in this important conversation as we talk it out.
As always, I hope and pray that you’ll carry these questions off of this page and into the offices of your pastors and onto the sofas of your small group leaders, that this conversation will take wings in the world and effect much needed change.
…..     ……      …..
Would you have accepted or declined the sweaty Jesus hug? Tell the truth…