June 5, 2012 / Jamie Wright / 1 Comment
For a minute, I thought I was going to shut down The Very Worst Missionary.
After I made the big announcement that we’re leaving the mission field, I thought it might be a cool little wrap-up to our five years here – just write a goodbye post and leave all of this in Costa Rica, where it started. It could be a poignant end to the internet saga of me running around Central America trying to do something worth a crap. I even imagined I’d write a post about some of the stuff God has taught me. Y’know? Like all the lessons I learned from dealing with mind numbing amounts of rainfall and taxicabs and diarrhea.
But the more I’ve thought about it, the more it’s sunk in that this story didn’t really start here. 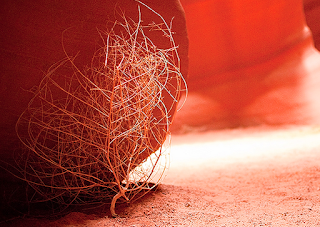 When I was a little girl, I thought God looked like a tumbleweed. I had heard the account of Moses talking to a burning bush in the desert, then slipping out of his shoes on hallowed ground and having a chat with the God of the Universe. I got it stuck between my pigtails that this same God rolled and bounced His way around the planet in the burnt out shell of a dead bush, a dried up bundle of sticks with a “Flame on!” surprise waiting for unsuspecting shepherds, virgins fetching well-water, and, probably, the occasional Pharaoh. So as a kid, whenever we made the long drive to LA to visit my grandparents, I looked for Him in the desert, gazing out the window of our wood paneled station wagon with my shoes dangling from my toes. Just in case.
I have been looking for God in one form or another for as long as I can remember, expectingthat I would see Him. Expecting that He had something to tell me. Ready to slip out of my shoes.
It was in looking for Him that I ended up in Costa Rica in the first place, and, more than anything, that’s what The Very Worst Missionary is about. It’s a picture of what it looks like to seek. And to fail. And to question. And to learn. And, little by little, to recognize what God really looks like, who He really is.
It’s true; I’m leaving the mission field and I could easily leave this blog behind as tribute to my time here. But, I could no more renounce my existence as a missionary, than I could relinquish my role as a mother. My children will grow up and move out, but if they don’t live with me, do I stop being a Mom? In the same way, when I live in the suburbs, will I stop looking for my tumbleweed God, my hero, my Savior? Will I stop hoping in Him? Will I stop talking about Him? Will I stop learning to see Him more clearly?
The answer, of course, is no, and so the Very Worst Missionary lives on, writes on, seeks on…
…with her shoes off.
Because this, my friends, is hallowed ground.
Don’t you see it?
He is with us.
….      …..     ….
No, the story didn’t start here, and it sure as hell doesn’t end here. So stay tuned, and loosen your laces, because you never know when that tumbleweed could cross your path and whisper…
“Flame on.”