The Calm in the Storm

November 28, 2012 / Jamie Wright / No Comments
About a month ago, I announced on Facebook that we had become foster parents to an 8 year old boy.
Honestly, it was pretty surprising. Everybody (like my Mom) was all, “Say what?!”, because I had never even mentioned foster care before. What can I say? I am a woman of mystery and intrigue. I’m unpredictable. I bake pies into cakes, people! Who knowswhat I’ll do next?!
But this foster care thing really did happen overnight. We got a call on Saturday about a child in need, and on Sunday we got a child.
Just in case you’re wondering? That’s not how foster care usually works.
Usually there’s a lot of paperwork and classes and forms with scanned fingerprints, home visits from social workers with long grueling checklists, brown paper packages tied up with string… no, wait…
Anyway.
We didn’t do any of that. I mean, we did, but it was different.
We partnered with an organization that places children in need with safe families while their parents work to better their living situation. It’s a voluntary foster agreement – the kind that helps keep kids who might otherwise fall into the abyss of state care (while their parents get clean or find appropriate housing) out of “the system”. It’s all very legal and official, and it’s done under the supervision of a legit foster care agency, but it’s not bound by the same letter of the law, nor the super strict guidelines of the government, so the application process is streamlined and the requirements are more reasonable. Get it?
So that’s what happened.
Someone called and said, “We have an 8 year old boy who needs a home.”
And we were like, “We don’t really have time, or space, or money. Soooo… we’ll take him!” And then we did. I’ve never made an easier decision in my life; Child needs a warm and loving home? Done. 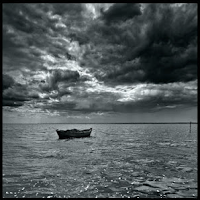 Just like that, we swept him into our clan and, for one fleeting month, we became the calm in his storm.
Now, I don’t know if you’ve noticed this yet, but I’m not exactly the world’s most laid back person… I’m kind of high strung. And twitchy. And I’m super disorganized. Plus? I’m moody. Come to think of it, usually, I am the storm.
So you can imagine my shock at finding that somehow my crazy, busy, silly existance had become a place of peace and rest and security for someone else’s.
I’m not gonna lie — It wasn’t a month full of unicorns and rainbows. It was more challenging than I expected it to be in a lot of ways. Certain days really sucked. A few nights dragged out way too long. It was surprisingly hard on my kids. Even my cat, Knives, made himself scarce.
And in the end, saying goodbye was way harder than I anticipated. It’s possible that you don’t know this, but I fall in love faster than Taylor Swift at a One Direction concert. And fall in love, I did.
So when people ask me if foster care was hard, I tell them yes. When they ask me if it was good, I tell them yes. And when they ask me if I’d do it again, I tell them abso-freaking-lutely!
Because, well… because.
Because this is Mercy, come to life; that I offer my own hand to the weary.
Because this is Hope, believed; that I know one month of calm can change a lifetime.
Because this is Christ, in me; that I can raise my arms against a storm and say to the wind and the waves… “stop”.
And they will.
….          ….          ….
If you find someone who’s drowning, offer them a hand… And then be the calm in their storm.