January 24, 2013 / Jamie Wright / No Comments
This is a REPOST from ages ago. A reminder to myself of why I write…
The Parable of the Flying Naked Baby
Can you imagine?” She kept saying that. Can you imagine…
That’s what we say when there are no other words to express our utter astonishment. Or to convey our harsh judgment without actually saying “I would never.”
I met a woman and her kids at the park where we had both arrived early to beat the summer heat and exhaust our young children to tears. My younger boys were still little, barely 3 and 5 at the time. Young enough for naps, and animal crackers, and still small enough for me to laugh inappropriately, looking sideways to compose myself before disciplining them when they acted like little turd balls. As our kids played, swinging and climbing and digging for China, we struck up a conversation. And I don’t remember how it came up, but she began to tell me the most incredible story. She said it happened right there in our own neighborhood, just a few weeks before.
She was wringing her hands as she told me about a little boy, a toddler, who had fallen out of his second-story bedroom window. She said his mother was in her own room getting dressed after a shower and the kids were playing down the hall. There was a scuffle between the little guy and his big brother, ending with the brother giving him a shove. But the two were standing on a bed at window height and the little boy ended up falling backward against the screen, which gave way, letting him tumble freely to the driveway below. Can you imagine?
She said the older kid ran screaming to the Mom, who went screaming to the baby – knowing as she ran that she would find her little boy mangled, or worse. Can you even imagine? So the Mom throws open the front door and leaps off the porch, racing toward her baby, who, to her complete surprise, comes walking around the back of her car, crying, but otherwise unharmed. The mom fell to her knees as she scooped him up because she was shaking so badly she couldn’t stand. It was like a freaking miracle! Can you imagine? A miracle!
It turns out that the night before, the mom was bringing in the garbage cans, and because of some commotion in the house with kids and pets and dinner, or whatever, she had left the big plastic trash can sitting in the middle of the driveway, directly under that window. Her little guy had literally bounced right off the lid of the can. It saved his life!
As she finished the story, the lady in the park said it one last time with one hand covering her mouth and the other touching her heart, “…Can you imagine?”
“No….I can’t imagine.” I told her. And I thought, “Because I don’t need to. I was there.”
She had told my story back to me, the story of my son falling out of a second story window and walking away virtually unharmed. That was my terror, my amazement, my miracle. 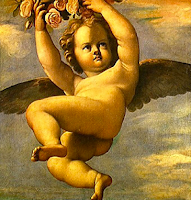 And she told the story with remarkable accuracy, leaving out only the most minor detail – which also happens to be the best part of the story – how my kiddo was bare-ass naked when he fell. Naked. Can you imagine? A naked little person popping out of a second story window like a cherub falling from a cloud? I can only laugh about it because the outcome was so great, but that is kinda funny, right?! (Apparently, while I was in the shower, my little man stripped down, unlocked and opened his window, and picked a fight with his brother. He was a busy toddler.)
The conclusion that my new friend had drawn was that this child had been set apart by God to do something very special for the world. I looked across the park at my chubby, tow headed kid, scooping handfuls of sand laced with cat poop into his mouth, and thought ”Meh, it’s hard to say…but, yeah, maybe….” I didn’t really need my baby to have a brush with death in order to know that he was special. Nor do I particularly agree that the children who happen to survive their ordeals are the ones set apart by God. But we did talk for a long time, that near stranger and I, about God and His hopes and dreams for our children…and for us.
The whole thing was just weird. Ya know?
But that’s the day I realized that our stories are so much bigger than we are. They can travel farther than we can. They can talk louder. They can touch people deeply when we’re not even in the room. And I love that.
It gave me a new appreciation for Jesus’ parables, for His knack for storytelling, and His gift for talking about everyday things in a way that makes a seemingly invisible God more tangible to regular people, like, people that have never been to seminary…or to church. I think that’s one of the things I love most about Jesus. He picked the most common things and made them extraordinary. He took the most relatable themes; agriculture, debt, justice, parenting, and the most common items; wine, figs, seeds, and…like…baking soda and stuff, and he spun them into stories that help us better understand who we are in relation to God.
And I think that’s so important to me because I know that apart from Jesus I’m just so common. But when I remember that He is part of my story, it becomes something truly extraordinary. I mean, I am the mother of the child that fell naked from a two-story window, the wife of an ex-cop/now international project manager, the child of an atheist turned Christian missionary. It sort of blows my mind. I mean, can you imagine?
Yeah.
Neither could I.