April 26, 2013 / Jamie Wright / No Comments
At the end of every Women’s Retreat, they should hand out t-shirts that say “I survived Women’s Retreat!” …That shit is intense.
I’m still recovering.
There were parts that I loved (the view, the speaker, the roommates) and parts that I hated (the food, the craft, the bed, the awkward intersection of women with 23 cats and women with 23 tattoos). Overall, I’m glad I went. It wasn’t, like, AMAZING, but it was good. 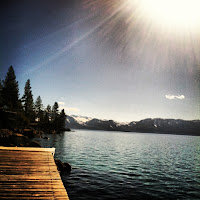 All I knew, as we drove up Highway 50 toward the retreat center, was that I had five room mates (!) and a head cold. I kept thinking, “This could be bad… This could be really bad…” But, then I learned (through a series of squeally, chickish, emoji-filled texts) that one of the roomies had to bail at the very last minute and one of my favorite friends was taking her place. This may not be true, but it felt a little bit like God was sending me a partner in crime, a fellow cynic with Liz Lemon social skills and moves like Jagger. It gave me a sigh of relief. “Ok. This could be good…”
Everything else went exactly as expected. Though the cafeteria food was super disappointing, the speaker was kickass, the view was incredible, the lady singing was… lady singing. The weather did not disappoint.
Not gonna lie; there were some lows. 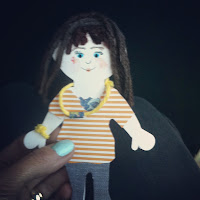 Like I said, the food was bad, our bed was hand crafted in Satan’s den, my face was filled with snot, and there was a scavenger hunt– not making that up. Oh, and? I had to make a paper doll– TOTALLY NOT MAKING THAT UP. Normally, I would say, “Yeaaaah. I’m not doing that.”, but it was a team thing, so if even one person on your team was one of those competitive, paper-doll-making, social butterfly freak shows, you had to participate. Otherwise, you’re the a-hole who ruined so-and-so’s Women’s Retreat. I did not want to be that a-hole. And, to be totally fair, some of the women really, really, really loved making their paper dolls. Like, really.
And I get that just because I hate something with a venomous passion doesn’t mean that it’s not really filling somebody else’s tank. I get that. I do. To each her own… paper doll.
And there were some highlights, but I can’t really talk about any of them. It’s one of those “What happens at Women’s Retreat stays at Women’s Retreat” situations. Ya know?
So let’s put it this way; I cannot confirm nor deny that coffee turned to wine as we gingerly made our way to the water to sit under the stars after curfew.
I cannot confirm nor deny that the speaker may have dropped a contextually relevant and totally necessary “F” bomb.
I cannot confirm nor deny that chicks fart, you guys.
I cannot confirm nor deny the weeping, wailing, and gnashing of teeth that may or may not have happened behind closed doors.
I cannot confirm nor deny the laying of hands, the uttering of prayers, the presence of a great God – Merciful and Loving – weaving strangers into friends and friends into sisters and sisters into the living, breathing Bride of Christ.
Can’t confirm or deny any of it. I can only say there were highlights.
Perhaps the highestlights. 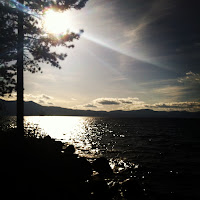 I’m not sure what’s higher than a highlight… Heaven comes to mind. And so, for moments here and there, between bad breakfasts and good speaking, after paper dolls and before moonlit skies, through wine and words and so much laughter, and right beside the broken hearted, I did, to my own surprise, find a bit of Heaven at the annual Women’s Retreat thingy. I really did. 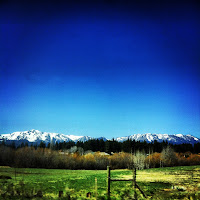