The Big Ask: How can I help fight human trafficking and slavery? 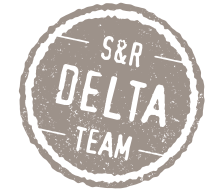 Over 100,000 people will likely see this post, more if you share it *wink wink*, I only need 200 of you to join me, please be one of them! I honestly believe we can make a difference.
To join the team, click here:  http://www.theexodusroad.com/donate/
and put “DELTA TEAM – JAMIE” in the comments section, along with the email address you use for Facebook so I can welcome you to the private group.
…     …..     …
I wrote this in my notes, sweating in bed after that hard night out with the investigator:
What if a little band of merry men gathered their resources to empower the rescue of trafficked and enslaved women and children? What if we supported and encouraged the men and women on the ground in just one city in SE Asia? What would happen if they had everything they needed to investigate and prosecute those who prey on the weak?…Word would get out if more bad guys went to jail, and traffickers disappeared, and brothel doors closed… What would happen if we came together from all over the world to shine a bright and focused light in the dark? ….Perhaps it would create a ripple of Hope where once there was none, as rumors of escape spread and one child turns to comfort another, whispering with assurance, “Rescue is coming.”
…     …..     …
$35 a month (or $5 or $15 or whatever!). Will you join me?

…This is for Maile.