April 30, 2014 / Jamie Wright / No Comments
Hey, I hope our paths cross someday!
I say that a lot to people on the internet. Sometimes, I even mean it.
Lately I’ve crossed paths with a ton of new people in a bunch of new places, some from the internet and some just by chance and some because I strategically positioned myself between them and the bathroom door at a party where I might accidentally bump into them by sheer coincidence.
While I’ve never had the opportunity to try out the internet dating scene ~ Thank you, Sweet Baby Jesus!~  I imagine crossing paths with internet friends is a little like that. There are so many questions prior to the big meetup. Do they look like their pics? Do I look like mypics?! Will it be weird? Will Ibe weird? Will we have anything to talk about outside of the things that brought us together in internetland? Or will I have to stutter and press my way through an overly long conversation about my cat. It’s just scary. There are so many factors that come into play when you’re doing something face to face with another person that you would normally only do online. All of a sudden, the ideas you’ve formulated about me have to shake hands with the actual me – and vice versa – and it can be a little off-putting when the e-version of a human being doesn’t match the flesh-y version.
Fortunately, most of the time, it all shakes out pretty well. Like, yeah, there might be that one awkward moment where you’re all “OMG. When you called yourself the ‘OneArmedWonder’ on Twitter, I thought it was, like, a metaphor. I didn’t realize you’re missing an actual arm!” But I feel like once everyone gets past the bad skin, frizzy hair, wonky teeth, and cheap clothes Instagram has somehow morphed into pure hipster hotness, we can all relax. After that it’s all downhill, a sense of relief even, as we sip our drinks and talk and laugh and take in each other’s imperfect humanness. I’ve really started to look forward to the part where we all slip out of our Avatar skin and into something a little more comfortable. 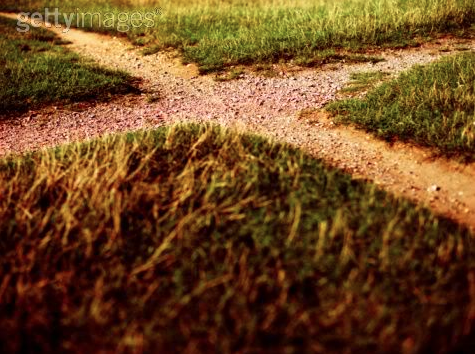 What’s really scary, though, are chance meetings! Chance meetings are frightening. They usually happen as the result of my husband’s work stuff or my kid’s school stuff forcing me to engage in social situations with folks I wouldn’t normally… um… gravitate toward, and, much to my socially-challenged chagrin, these interactions always start with small talk. I hate small talk. I hate it so much. I think it should be illegal to torture the people around you with comments about the weather, the stock market, the president, the place you were born, the length of the line we’re both standing in, the price of a cup of coffee, the kids these days, or really anything else that I don’t care about at all. I realize this would be a difficult law to enforce, but, please, for the sake of the introverts; Stop small talk! #enditnow
Yeah. I have no idea how we’d develop new relationships without those first few stupid questions, but surely we can think of a way. We could start by asking ourselves, “What are the chances I will see this person again?” then based on the percentage of likelihood, you could have like one dumb comment per ten percent chance of future meeting. So, if our paths cross at church? Maybe you get 8 attempts at chatter. If we’re sitting next to each other in the bleachers, but our kids are on opposing teams? You’ve got 3 strikes to elicit a conversation, then I’m out. If we’re in line at the grocery store? Shut up. Just, don’t talk to me. … Sorry. That was rude! I meant to say don’t talk to me, please.
Until the law changes, I will continue to grudgingly participate in small talk. I’ll hate every minute of it, but I’ll do it.
The other day, I was on one of those awful tiny airplanes with propellers (so if your plane crashes and you’re lucky enough to survive, you’re sure to be chopped up on your way out the emergency exit), and small talk introduced me to the guy in the next seat. Turns out, he was the kid of missionaries in South America who work with missionaries I went to language school with in Costa Rica. For real. Our paths crossed, randomly, on a 45 minute flight over Colorado, and it turned out we were connected by one family we’d met in two foreign countries over a span of seven years. Crazy, right?! Granted, I was hesitant to tell him my name, because I don’t think those particular language school buddies are fond of my swearin’ drinkin’ Jesus lovin’ ways (and that’s ok!), but still – what a cool reminder that our big world is so small.
In all of my recent path crossing I’ve been struck by how strangely and undeniably interconnected we are. Everywhere I go, I meet people who know people I know. And it seems like every conversation manages to turn toward some little point where we realize our paths are already crossed indirectly by mutual friends, or similar passions, or shared experiences. It appears there is always a place where our lives, yours and mine and everybody else’s, seem to converge. Whether we know it or not, and even whether we want itor not, I believe our paths are crossed.
It’s kind of creepy, but I kind of love it.
I believe in an intimately involved God, but not a puppet-master God. So I believe in things like chance and coincidence and random crap happening all over the planet all day long. When we say things like ‘There are no coincidences’, and when we chalk up a chance meeting to ‘a God thing’,it feels like we’re missing out on the bigger picture of a world with a will, filled with lives created for purpose. Perhaps it’s not simply the moment, itself, but what we do in the when and where of our crossed paths that reveals God’s hand at work. Perhaps, it would be wise for each of us (but mainly me) to be a little more attentive, kind, and loving to this delicately spun network of souls that criss-cross the globe. Perhaps, we are connected to each other in ways haven’t yet imagined…
If I don’t already know you, I do hope our paths cross someday.
But, like, I really mean it this time.
…..      …..      …..
Who do you dream of crossing paths with?

Oh! And who’s with me in my campaign to End Small Talk?!