May 27, 2014 / Jamie Wright / No Comments
It seems like there have been a bunch of those “blogger trips” announced recently. There’s practically another big trip packed with “famous” *eye roll* bloggers heading to a different third world country every other week. Maybe you’ve also noticed that these trips are starting to get a fair amount of pushback.
The idea of comfortable American writers zipping off to distant parts of the world in the name of storytelling is starting to raise some hackles. I get that. I totally do. The first time I was approached to participate in a “blogger trip” to fly to a another country in order to see their work and write about it, I was like, “Nope.”
I had seen too much garbage in the NGO world and I had spoken out loudly against it. I was leery of spending that kind of cash on airfare for a blogger when I know very well what a dollar can do in the hands of the impoverished. I was openly skeptical of “work” being done by rich americans in developing nations, and I was angry over the suburban-hero complex we see pouring out of the U.S. year after year. Not to mention, appalled, grossed out, and sort of enraged by the billions of dollars spent on trips that often result in no more than a costly ego boost for well-meaning tourists, taken at the emotional expense of the poor.
If I’m being really, really honest? I was kind of worried about what you would think.
Since I have vocally opposed aspects of short-term missions trips and shoddy humanitarian aid, it could easily come off as contradictory for me to then hop on a plane and fly across the world in partnership with a non-profit I knew little about. The word “hypocrite” came to mind, so it was pretty easy for me to decline the first invite. I said no because I was genuinely afraid of becoming a participant in wasteful self-congratulation disguised as “blessing” and “caring for those less fortunate”.…Ew. No, thank you, I’ll stay home.
But, as much as I have spoken into how we’re doing it wrong (and I do think we’re doing, like, omgso much of it wrong), I’ve never stopped believing that there are better ways to engage the world, and that, yes, those of us who hold power and wealth have a responsibility to those who hold neither. Because of that, over the last couple of years I’ve taken an interest in finding and partnering with organizations I believe are doing meaningful work with transparency, intelligence, and financial accountability.
So when the official invite came, instead of blowing it off, I did some homework. I vetted the organization, asked questions, researched the issues, and took a long hard look at the expense of my trip versus the expectation of my role. Why was I going and what would it accomplish? After having seen all kinds of missionaries and NGO’s at work with my own skeptical judgey eyeballs, I’ve become a huge proponent of ditching the volunteer model, in favor of choosing the people we send into the world with reason and forethought. That said, I had to ask my own cringey self if I actually had a particular set of skills that would prove beneficial to the organization I was joining hands with and the people they serve. 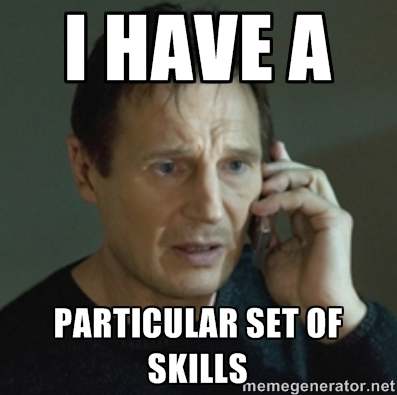 If I flew halfway across the planet, would a cost-benefit analysis have a favorable outcome for the Exodus Road? I decided, in the end, that I would go only as a storyteller and I would go only if telling the story would have real, tangible value.
I would not go as missionary, I would not call it a missions trip, and I would not pretend I was doing something I wasn’t actually doing…like, say, helping. Or blessing. Or “loving on people”.(Ugh. I hate that phrase. Can we please stop saying it?) I would go, I would listen, I would learn, and then? As asked, I would tell the story to the best of my ability to anyone who would read it.
In other words, I would market.
See, one of the things I learned through the vetting process is that most non-profits run off of donations and grants, and then I learned that the terms of a grant can be crazy specific, and then I learned that grant money can only be spent on the crazy specific stuff it was intended to be spent on. So when an NGO gets a grant for marketing, it has to be spent on marketing. Only marketing. Nothing else. Also? Budgetary audits keep them beholden to the bottom line; marketing money must go to marketing. That’s just how it works.
Using a blogger with a wide audience for the purpose of sharing your work and marketing your brand is a pretty brilliant use of those earmarked dollars. I mean, B-rilliant.
Blogger trips just make good business sense; It’s a bang for your buck marketing strategy that has no rival. To use marketing dollars on roundtrip airfare for a blogger who will then share their experience with readers they’ve already built a relationship with, people with whom they already share a sort of kinship and like-mindedness is simply a smart, creative use of funds. I don’t know about you, but I want to support organizations who make good choices, who leverage every dollar, who choose low overhead and minimal cost marketing over glossy mass mailings and commercial advertisement, and that’s exactly what blogger trips aim to do.
Case in point? I finally accepted their invitation last year and traveled to SE Asia with The Exodus Road. I came home and told the story, and in turn, through your generosity, raised many, many, many times the cost of my trip. The funds that came in – and are still coming in – from that trip have been crucial to the investigation, arrest, and prosecution of traffickers and abusers, and to the rescue of trafficking victims. (Aw, yeah! Go DELTA team!)
As tempting as it is to shrug off these trips as a bunch of pampered suburbanites traipsing the planet on somebody else’s dime, they’ve become a hugely successful means of market distribution for NGO’s, some of which are doing amazing, life-giving work in the world. The results speak volumes; Blogger trips make dollars, and that makes sense.
With so much waste, so much manipulation, so much crap coming out of the non-profit world, we need to get behind orgs with smart business tactics. We need to be supportive of good strategy. We need to encourage wise choices. We need to understand that even amazing, healthy, productive organizations cannot keep going without financial support, and, for that reason, we need to see how blogger trips are, quite simply, a wise investment.
I’ll continue to stand behind them… Um. And go on them. *ahem*
……..         ……..         ……..
Yes. I agree that there are still a lot of questions and concernes to be asked and answered about this kind of work. We need to see some honest, ongoing discussion surrounding ethical storytelling. We need to talk about how to care for the privacy and dignity of marginalized and/or victimized people in the midst of shedding light on the reality of their lives. We need to gently challenge each other when we see things from these blogger trips that make us feel…I don’t know… oogy. (I’ve been called out, myself, and I’m grateful for the input.)
Essentially, as storytellers working on behalf of non-profits, we need your patience and we need your help as we learn to do it better. We don’t always hit the mark, but I believe every one of us desires to share our stories with wisdom, care, and integrity, and to make them matter to the organizations we’re serving with them.