3 Tangible Ways to Stop Sex-Trafficking in the U.S.

June 13, 2014 / Jamie Wright / No Comments
As I head back to Southeast Asia to further explore the issue of global sex-trafficking and what can be done to stop it, I’m aware that this isn’t just a faraway problem in a faraway land.
I’ve been chastised many times for engaging in the problem of sex-trafficking overseas when it’s a problem “right here, in our own back yard”. (Why, yes, I do say that with a deep, redneck drawl and a camo shirt that says, ‘Merica!’) And they’re right. If we are serious about stopping this atrocity, it should be stopped everywhere. So, since I fly away on Monday morning and have about 600 things to get done beforehand, and none of those things is “write a blog post”, here I am, with a blog post about 3 ways to help put an end to sex-trafficking in the good ol’ U.S. of A. 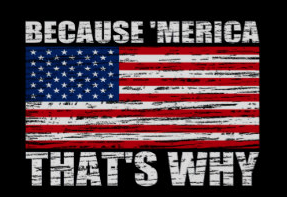 Procrastination, for the win. Yeeeeah.
….          …..          ….
1. Know what you’re talking about.….No, but like, really get your head around it.
Sex-trafficking is a reality in the U.S., that is a fact, but it’s often misunderstood or misrepresented. If you want to have a role in ending it, you need to do your homework. You can’t know what your talking about unless you do some research, so do that. Do some research.
But if I may offer a few suggestions? Ignore the crazy statistics. Ignore the dramatic stories about how every year the Super Bowl transforms a city into the biggest sex-trafficking hub that’s ever happened anywhere in the entire universe. Ignore the endless lists of which city is “The #1 sex-trafficking city in America”. I’ve found that statistics are tricky little bastards. They’re easily manipulated. They lie. So instead of filling your head with a bunch of internet facts and figures that may or may not mean anything, find out what sex-trafficking actually looks like in your town. Call the police station and ask if they have an anti sex-trafficking unit and, if so, see if someone from the unit will talk to you about it. If sex-trafficking is a problem in your area, learn who’s at risk to be trafficked and who’s doing the trafficking, and learn about who is driving the demand. Research non-profits near you who are working in this field; pull their tax info, review their track record, compare their claims against what you’ve learned from the police, and if you like what you see, give them your time and money.
Be informed about the place you live, and then get involved accordingly.
2. Become a foster parent.
I know, I know. You’re like, “Um. Easier said than done!” But when you do your research, you will probably learn that kids in the foster care system are incredibly susceptible to predatory adults.
We love to eat up stories about pretty little blond girls being lured away from their suburban youth group by a cute boy who gets her high and sells her to his greasy uncle for forty bucks and a pack of cigarettes forcing her into a life of drugs and prostitution. While this has actually happened to some degree, it’s very rare. Like, super rare. But the girls and boys in our foster care system, kids who often feel unlovable, unsupported, and disconnected, are a bluzillion times more likely to be drawn into a life of forced prostitution than a white kid in the suburbs. Yes. A BLUZILLION. …. Ok. Fine. I made that number up. (See what I mean about bad statistics?) But the part about foster kids being at higher risk of being trafficked is totes true. They’re transient, they’re scared, and they’re undervalued as human beings, so they often run away and fall into the hands of the wrong people.
What we need are more healthy, stable, mercy-filled foster families to show these beautiful, broken kids their worth. Yes, it is the hardest thing you will ever do, but your love and your home could be the lifeline that keeps an at-risk child from being sold, used, and terribly violated. Consider becoming a foster parent.
3. Stop soliciting prostitutes.
Ok. This one seems kind of like, “duh”, right? But nobody wants to talk about it!
Nobody wants to think about WHO is paying for the sex that drives trafficking right here in our own back yard. Nobody wants to admit that we probably all know people, primarily men, who solicit prostitutes. They work in our offices, they coach our kids, they sit in our churches (hell, they lead our churches.), they live in our homes. Sometimes, they share our beds. Sometimes, they marry our daughters. Sometimes, they appear in our mirrors. Don’t believe me? Well, I think you’d be surprised. Regardless, the issue of supply and demand cannot be ignored. Trafficking exists and is quite lucrative in the U.S. because SO. MANY. PEOPLE are paying for sex! I know that most of those patrons never consider the service they’re buying may be coming from someone who was enslaved and/or trafficked, but they need to start. The only way to be 100% certain you aren’t complicit in contributing to sex-trafficking and slavery is to avoid soliciting a prostitute. 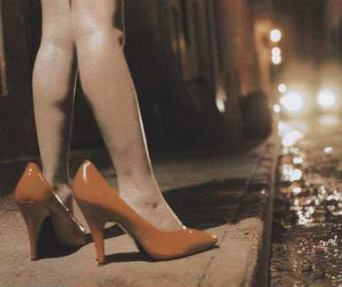 In all fairness, it must be noted that not every man and woman working in the American sex industry is doing so under duress. Many bright, drug free, totally sane people enter the business legally and of their own volition, and they are just as appalled as you and me by the thought of someone being forced into it in any way, shape, or form. So – I’m not a proponent of sex for sale, like, not at all – but if you aregoing to engage in sex for cash? For shits sake, do it with a conscience. Do your diligence to ensure that you’re buying a free and willing partner (that means he or she must be above the age of consentand able to walk away at any time, if they so choose.), and if you can’t be sure? Don’t do it.
That said, I know there are some people who will read this who don’t want to do it,but will do it anyway. They are addicts, and they need our help.
We can’t go on pretending the addiction which drives so much of the porn and sex industry is not also a major factor in the business of sex-trafficking. There are so many people around us who are utterly destroyed by sex-addiction, engulfed in hopelessness, yet, we sit silent. We are too embarrassed to bring it up, too ashamed to talk about it, too stigmatized to reach out to each other, so we suffocate in our secrets because the risk is too great, the consequences are too dire, and the Church is too damn quiet about it all. That’s just not right, and I’m sorry.
My friend, if you’re a sex-addict, I pray you will seek help. Today. Right now. I pray your confession will be met by Grace. I pray you will find Peace and know Love. I pray you will experience Redemption. I pray you’ll find that from the God who is perfected in our weakness, we gain strength. And I pray you will never hire a prostitute again.
You are not alone.
The sex-slave and the addict need the same thing… Freedom. And the world will be a better place when we can say to them, both, “Rescue is coming.”
…         …..          …
Please add to this list! Surely there are more than 3 things…

Oh, And if you have found valuable resources for people trying to get free from sex-addiction, please link them in comments. Thanks!