Burn Down Your Inbox

September 5, 2014 / Jamie Wright / No Comments
I burned down my inbox and everything it.
This ranks up there with the best decisions I’ve ever made. I mean, not quite as high as “keeping my baby”, but easily a notch above “canceling cable”.
The fact is, my inbox had gotten too big and it was totally unmanageable. Like when you find a baby crocodile and you bring it home to live in your bathtub, where you love it and check on it 900 times a day, but it starts to grow so fast you can’t keep up with its demands and soon your thoughts are consumed by the needs of the crocodile which is now following you around your house, mouth gaping open, wanting more, more, more. Until, finally? It eats you.
My inbox was monstrous and out of control. It had to be stopped. I had to kill it, before it killed me.
It felt like I was being eaten alive by email. 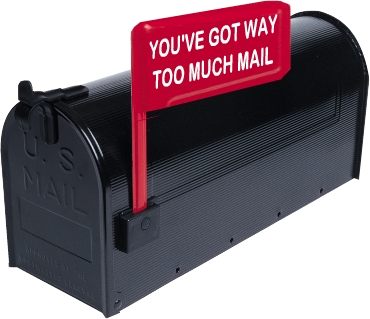 Ok. Maybe I’m being a liiiiiiiiitle bit dramatic, but this has sincerely been the bane of my existence ever since the day Al Gore invented the internet. …Although, to be honest, I was thinking about it and I don’t even remember setting up my first email account. It’s like it has just always been there, collecting, growing, multiplying. An ever expanding to-do list with a life of its own. Then, it was like all of a sudden I had two email accounts and thousands – THOUSANDS – of unanswered messages, drumming their collective fingers on my brain.
There was stuff in my inbox from 2004, you guys.
Here’s the thing. Email was meant for people who are task oriented, organized, motivated, attentive, administrative, and mindful – so, basically, like, the opposite of me. I am sloppy, forgetful, disorganized, forgetful, inattentive, lazy, and forgetful. Expecting someone like me to manage an email account is kind of like asking a five year old to run a public library; our skills aren’t up for the task. Eventually, you’d walk into the library to find a sticky little kid sitting on top of a humongous mountain of books. The mess would be unbelievable, and the time it would take to set things right would be unconscionable.
I knew it was my fault, but the sweet little Gmail account I’d brought into my home and cared for from infancy had become a monster. About a month ago, I opened my inbox, and in the dark shadow of Mount St. Email, I sighed and thought the same thing I think when my house looks and smells like an unsalvageable disaster, “At this point, it would be easier to burn it down and start over than to try to clean it up.”
That’s when it hit me… Kill it with fire. Yes…
So I did, I burned the bastard to the ground.
I mean, I didn’t actually set my inbox on fire because, well, that doesn’t even make any sense. Like, how would you do that? Come on. Don’t be dumb. No. When I say I burned down my inbox, what I mean is I archived the whole damn thing.
I emptied my inbox completely.
I declared inbox bankruptcy, and it was the best day of my life.
I’m free.
I can breathe again.
I can open Gmail without having a mini panic attack or wanting a stiff drink. 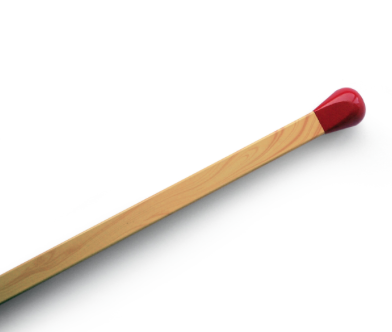 I AM FREE.
And you can be, too, my poor email laden friend.
Lay down your burden. Declare inbox bankruptcy. You can kill the creature that lives in your laptop, your tablet, your phone…(*whispers* It’s everywhere.) …I’m telling you, if your inbox is nipping at your heels like a hungry croc, it’s time for extreme measures. It’s time to burn it down. These “how to” instructions are for you. I’m handing you a match, all you have to do is strike…
…………………………………………………………………………………………………………..
HOW TO BURN DOWN YOUR INBOX:
(This guide is specific to Gmail clients, but I’m sure all the other email servers use a similar process. Also? Not gonna lie, it was really scary. I did a lot of research, and I read a lot of stuff about email management, I googled step by step instructions, and then I tried it with a couple of worthless test emails, just to be sure. And it worked. It’s all good.)
Step 1. Take a deep breath. You can do this.
Step 2. Understand that “archive” is not the same as “delete”. This is important! When you archive your crap, it’s still there, it’s just not in your inbox. If you need to retrieve something, you can still find it using the search bar, or you can find everything you’ve ever archived by clicking on “all mail”.
Step 3. Set a reasonable time frame, and then go back through your email and reply to only what is critical within that period. I suggest going back 1 month, but not more than 3.(Don’t kid yourself. If you haven’t replied to an email in 3 months, YOU ARE NEVER EVER GOING TO REPLY. Remember that! You are NEVER going to respond to ANY of the thousands of emails you’re hoarding in your inbox. NEVER EVER.)
Step 4. Do this stuff: 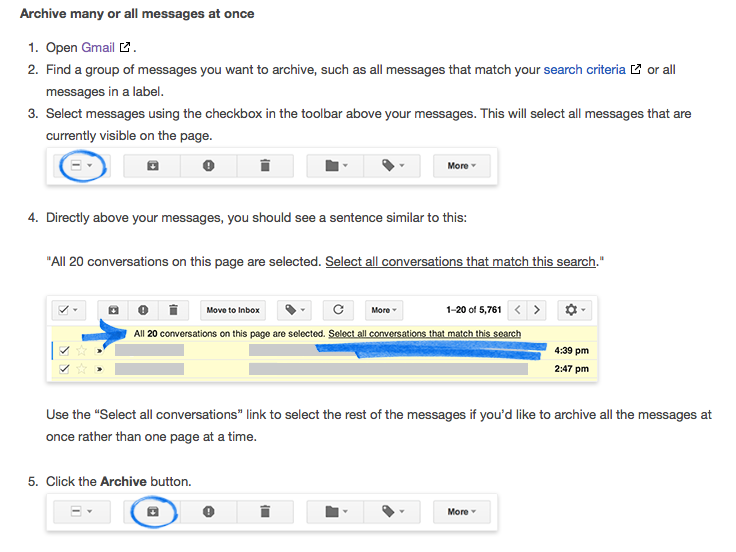 Step 5. Have a little stroke, because OMG, what have you done?!?!
Step 6. Frantically look for “all mail” and click on it. When you see that all the old crap you’re never going to look at again is in there, jump up and do a happy dance. Twerk if you have to! When people look at you funny, high five them and yell, “I JUST ZEROED OUT MY INBOX!!” Everyone will understand.
Step 7. Thank me.   ….And then I’ll say, “Oh that’s so sweet! You don’t have to thank me… But, really, you’re welcome.”
Step 8. Tame the monster by keeping your inbox empty. (I’m doing that. For real. I’ll tell you how in another post.)
…………………………………………………………………………………………………
You did it. You made that inbox your bitch.
You are free. You’re really free.
But let us never forget, friends. We must not fail to recall how quickly one little gmail account can grow wild and out of control. Respect the power of the inbox and, please, email responsibly.
(#39things series)