FREEDOM ISN’T FREE! …Actually, it’s not even a bargain. (Plus a $50 Freedom Culture giveaway!)

And if Americans know one thing about freedom, it’s that freedom isn’t free. Oh, man, we love that slogan — it’s everywhere around here. We declare this truth with our starred and striped bumper stickers and license plate frames, lawn signs, tee shirts, rubber bracelets, phone cases, key chains, and tattoos. Liberty and Justice are our birthright, and we’re pretty serious about letting everybody know.

Our history books, bursting with accounts of wars fought and people lost, have taught us to value our freedom. Our Moms and Dads, brothers and sisters, aunts, uncles, friends, and neighbors paid for our liberty in the currency of lives and limbs.

Freedom isn’t free. This we know. This we understand at a core level.

We even celebrate our beloved independence as a nation every year with fire works and beer and BBQ, to remind us that war is terrible and millions have been maimed and killed by it — but not just so we would be free to get drunk and light money on fire. They died so we would be both protected by our government and free from its tyranny. The flaming drunk part is just a bonus. 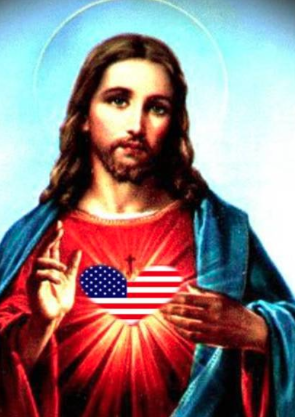 Naturally, “Freedom in Christ” and its variations often proudly accompany the “Freedom isn’t Free” thing on Bible covers and bookmarks, refrigerator magnets, hoodies, bumper stickers and ceramic figurines of Jesus holding the lifeless body of a soldier, cop, or firefighter under the shadow of a waving America flag. (Talk about blessed! First we were born into a land of wealth and liberty, and then we were adopted into God’s family and gained His inheritance, too.  WHAT?! I KNOW! We are, like, the freest, you guys.)

And it’s all because someone was willing to pay the price.

I am free, physically and spiritually, because of the sacrifice of another.

I’m free because someone decided I was worth it.

… I’m just not all that willing to pay it forward.


See, when I say I value freedom, what I mean is I value MY freedom.

The truth is, when it comes to making sacrifices (even small monetary ones) in order to bring freedom to modern-day slaves, I balk. I hesitate. And then I make excuses so I don’t have to pay up.

I know when I choose to buy goods from organizations that support fare wages and healthy work spaces, I’m actually helping put an end to slavery. I know that when I choose to spend more money on a product because it was made without slave labor, I’m sending a clear message to manufacturers that I value freedom. I know I can make purchases that both support the global economy and honor the global laborer.

It just seems like, as much as I love to be free, I love to be cheap even more.  Freedom isn’t free… but it’s also not a bargain.

I don’t know if you know this about me, but I LOVE a bargain. Clearance is like crack to me. I cannot turn away from the clearance racks, it’s like an illness. I picked up this addictive habit at my favorite store in the whole wide world, whose slogan is “Expect more. Pay less.” And, oh, I do.

The slogan of most anti-slavery retailers could be “Expect less. Pay more.”…but that would be really shitty marketing, so never mind… The point is, it does costs more to buy a well-made tee shirt from an ethical store, because it cost more to give an employee an ethical wage. Freedom really isn’t free… like, it actually costs money.

And someone has to be willing to pay the price.

I admit, I’m spoiled! I have come to expect a lot for a little. I believe I need far more than I actually need, and then to fill those imaginary needs I buy a bunch of cheap stuff. I live out this lie on repeat, never stopping to ask myself what would happen if I stopped the cycle. Never exploring the possibility of what life would look like if I buy less crap.

Maybe, if I bought fewer things, I could afford to spend more on one slightly more expensive thing. And then, maybe, I could enjoy that one thing – even though it cost me more money – for the added assurance that I am not an actual, for real, modern day slave driver. That would be nice.

But that would require me to make a sacrifice.

That would require me to be the one willing to pay the price for someone else’s freedom.

And, honestly, as a die-hard American and a sold-out Christian, I’m just not sure how I feel about that…

Oh, hey! Speaking of awesome retailers who specialize in ethical clothing!!! Today’s kickass giveaway is a $50 gift card from the fine folks at Freedom Culture. They’re clothing line is so great AND THEY HAVE MENSWEAR — You’re welcome guys! *high fives all the dudes* Plus? Free shipping in the U.S.  And? They’re offering a sweet discount to The Very Worst Missionary readers, I think because they love you best of all. Use this discount code at check out and you’ll 35% off regular priced items: JAMIEFC35

(Pssst. Don’t tell anyone I said this, but I totally hope you win!)