Is it even possible to shop ethically on a tight budget without looking like a smelly hippie?

October 28, 2014 / Jamie Wright / No Comments
When it comes to making sure the things we buy are ethically sourced – meaning it’s not made by small children, or paid for in slave wages, or created in unconscionable factory conditions – it seems like there’s one thing nobody wants to say out loud. It goes like this:
“I want to be a conscientious consumer! BUT. I also want to dress like I own a smart car, sip whisky, and smoke the occasional American Sprit around a hammered copper fire pit with my friends whose apparel is also perfectly on trend. The thing is, I don’t have a lot of money (in part, because I like $95 whiskey and the most expensive cigarettes at the gas station), and a lot of the stuff I find when I search for ethical, sustainable, slave-free merchandise is either really expensive or… really ugly. This would be so much easier if we could pay people all over the world fair wages to make cheap clothes that I love.“ 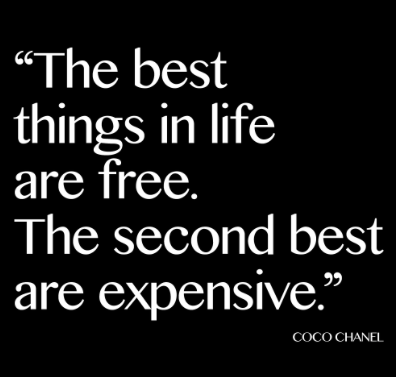 I have thoughts like this. I really do. And I know that makes me kind of a douche, but I also know that a lot of people are completely ignoring this conversation because they want to live/look a certain way and they don’t think they can do both; they don’t think they can dress cool and buy responsibly. So they skip articles like this one and instead they go read The Onion, which is funny and true but doesn’t make you hate yourself.

Most people (*raising my hand*) would simply prefer to ignore where their stuff comes from and who makes it, because if they don’t they’ll be forced to make the uncomfortable distinction between what they’re willing to pay for a t-shirt and what they’re willing to pay for the one who made it. Thinking of our purchases in terms of who and not what changes everything! You can hardly blame anyone for not being super excited to scrutinize their closet and their wallet and their role in the state of modern day slavery, because, let’s be honest, it sucks.

Admittedly, I am a total cheapskate. Not so much by nature, more by circumstance. When you have growing kids on a static budget you tend to become an expert on how to get the most payout from the least possible expenditure. Every month we find ourselves looking for ways to stretch our puny paycheck to fit over our giant kids and their relentless appetites and skyward stature. If you saw the stack of sandwiches I made this morning, I swear you’d think I was sending my kids into the wilderness for a month, not packing two school lunches – it’s ridiculous and we manage, but just barely. So when I think about spending more money on clothes, shoes, coffee, gifts, household goods, cleaning products, cosmetics, food, furniture, chocolate… Ugh! It just gives me diarrhea…

I’m not gonna lie, I was starting to regret having ever written about ethical shopping in the first place because, while I totally believe in the cause, I was beginning to think it was impossible to find anything that I would actually wear and that I could actually afford AND that I could actually guarantee wasn’t sewn for a penny by an aged and toothless Vietnamese grandma with advanced TB and a baby on her back. I guess you could say I wanted to have my cake and eat it, too — All I ask is that my cake to be made from organic, slave-free chocolate in a safe, sanitary bakery, by a hardworking person who is fairly paid and reasonably treated, and I want it to cost the same as all the other cakes. Why is that so impossible?!
It’s easy to get discouraged. But, last week, just as I became convinced doing the right thing meant dressing like a smelly hippy for the rest of my life, something wonderful happened.
I took a shower and I got dressed!
…Ok. While that in itself is a minor miracle, that’s not what I’m talking about. What happened is that I got dressed in an entire outfit that A) I could afford, because duh, I already owned it, B) I wasn’t embarrassed to be seen in in public, and C) was, top to bottom, ethically sourced.
WHAT?? I KNOW!! How exciting!
I tried to snap a pic to show you, but my derpy dogs were like, “Oh! You’re trying to do something that has nothing to do with us? We’re here to help!” Anyway. It’s not exactly haute couture, but it is me, and I’m stoked to be able to look in the mirror and say, “I am not a slave driver!…Or a smelly hippy.”
Here’s how I did it, even if it was an accident: 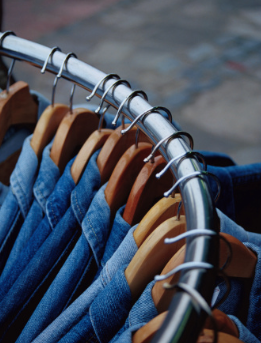 Thrift stores are full of the stuff! 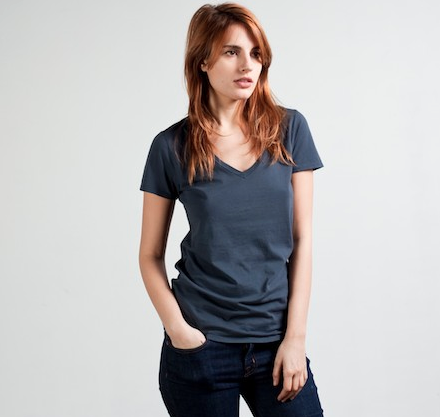 I am seriously obsessed with these super soft, super affordable basic Tees, and I’m in love with Everlane’s incredible commitment to transparency and integrity. Plus? $15 YOU GUYS!!! 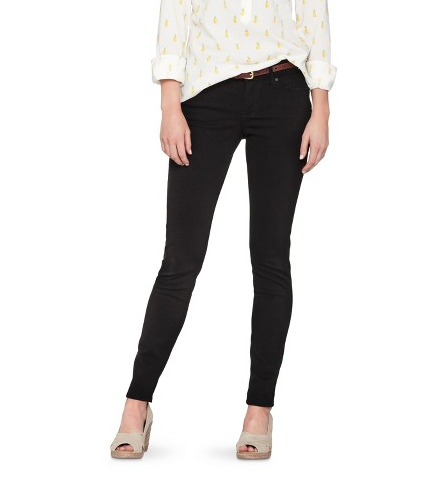 Technically, these jeans are like $27, but I got them on sale. (And Target gets generally high marks for ethical sourcing and global responsibility. Thank you, 8lb baby Jesus!) 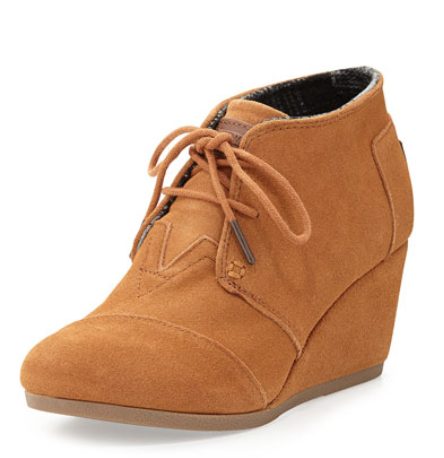 Lace-up wedges from Toms, $75.
If you’re like me, that’s kind of a lot of money to spend on a pair of shoes – and to be honest, I’m not a huge fan of Tom’s “buy a pair, give a pair” handout model – but I am a fan of the high standards of corporate responsibility, environmental strategy, and supply chain auditing which they embrace. 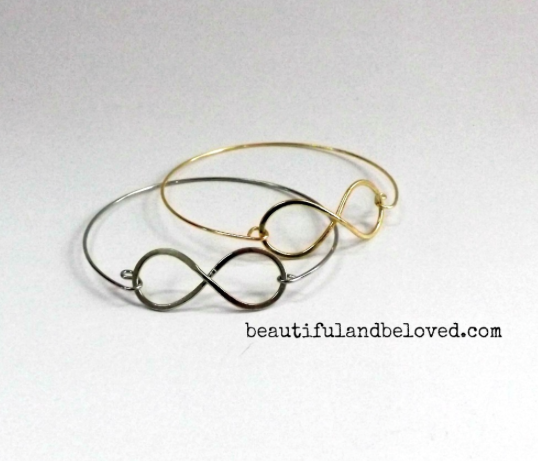 Gold infinity bracelet from Beautiful and Beloved, $25. I mean, come on… you gotta live a little.
There you have it, Ladies and Gentleman. It can be done! I believe it is entirely possible to honor our personal style while we honor the people who make it possible.
Have cake. Eat cake. Life is good.
*ahem* …Especially if you’re not a slave.
………………………..
Seriously though, do you think it’s even possible to shop 100% ethically without turning your whole life/look upside down? …And, if that’s our goal, are we missing the point?