November 20, 2014 / Jamie Wright / No Comments
It’s possible you already know of my distaste for short-term missions. I haven’t really been shy about it, and if you’ve been around here for more than like five minutes, you know I think they’re often more harm than good. If you’ve read any of the series I wrote about short-term missions, then you know I believe if they aren’t done well, they can be a terrible waste of resources, a gross misrepresentation of God’s #Blessing, an unbalanced act of mutual exploitation, and a dependency creating, dignity killing, Western Colonial clusterfluck. Among other things.
Anyway.
This weekend? My church is sending a short-term team to Cambodia.
I’m dead serious, you guys.
We’re sending seven upper-middle class suburbanites half way across the world to do like four days of work with a ministry focused on the prevention, rescue, and restoration of victims of sex-trafficking. And, oh, it’s going to cost around $30,000.
THIRTY. THOUSAND. DOLLARS.
I don’t know about you, but I think that’s more than a hell of a lot of money. That’s like ten hells of a lot of money. Honestly, that is so much freaking money to send seven freaking people overseas for a freaking handful of days to work in an area and a culture and language they don’t know a freaking thing about.
It sounds just like the kind of short-term mission I love to hate, and if you were to stand up and shout, “BUT YOUR HUSBAND IS THE MISSIONS PASTOR! HOW COULD YOU LET THIS HAPPEN?!” at your computer screen, that would seem totally fair. 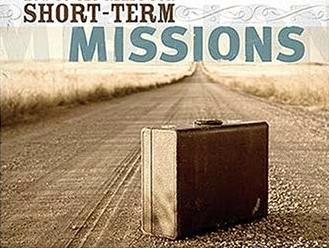 I’ve spent a lot of time and energy and words talking about how messed up I think short-term missions are, but I haven’t shared much about ways we could do them better. That’s kind of not cool and I’m sorry. But the team we’re sending off to Cambodia this weekend? Well, I actually think they’re a pretty great example of a better way of doing this thing. So, yes, we are spending 30 grand to send seven white people overseas, and, yes, I do approve whole heartedly (not that my approval matters, but you know what I mean). I will be cheering every second of this trip on so hard, and here’s why:

First of all? We’re not sending a single volunteer. NOT ONE.


This is huuuuge. I haven’t quite figured out why we’re so afraid to tell people “no” when it comes to missions. We have no problem choosing our leaders and representatives in other areas of the Church, but in missions we’ll take pretty much anybody who can raise their own hand and their own support, pat them on the back, put them on a plane, and call them “Called”.

Isn’t that kind of… I don’t know… weird? …Seriously. Isn’t it?
I hate to break it to you, but it’s kind of the Church’s job to appoint and direct leaders and missionaries, like, it’s in the Bible.
Jesus chose.
The apostles chose.
The disciples chose.
And we choose all the time.
That’s why I think it’s so weird that if I so much as hint at the idea that maybe we shouldn’t let just anybody who feels led become a missionary, people go all caps on my ass – “HOW DARE YOU, YOU WHORE OF SATAN, GOD CAN USE ANYONE TO DO ANYTHING AND WHO ARE YOU TO DECIDE WHO CAN DO WHAT?!” And then they levitate off the floor and their head spins.
But… We already do this all the time. Most of usdon’t go to churches who let anybody who feels like it get up and preach on Sunday morning. We don’t let the first guy to jump on stage with a tambourine lead us in worship. We don’t let every volunteer who walks through the door feeling “called” hold our babies on their lap, or – God forbid – count our money! We are constantly making decisions about who should do what within the framework of the church, but we balk at the idea of choosing our missionaries.
Jesus appointed those he sent.  And I think maybe He did that on purpose.
In the midst of looking to replace the familiar model of sending short-term missionaries to far away places where ministries have created (often unnecessary) opportunities to accommodate well-meaning volunteers, my Missions Pastor Husband learned that our partner in Cambodia had multiple couples whose marriages were suffering under the strain of their work, so he asked if a marriage retreat could be beneficial. When the answer was “YES!!! PLEASE, OH, PLEASE. WE NEED A MARRIAGE RETREAT!”, he didn’t make an announcement or post a sign up sheet on our website. Instead, he wentabout choosing a team. Nobody was forced into becoming a short-term missionary, they were simply invited to be part of the team, and they were told why they’d been invited. Not everyone was eager to join, and not everyone accepted, but in the end, he appointed an experienced couples retreat planner, two Marriage and Family Therapists (one specializing in trauma and PTSD, the other in Men’s issues), a Pastoral couple, a leadership development expert, a child care provider, and a few other leaders from our marriage ministry. There are 11 people total, but only the 7 bodies essential to the event itself will be traveling to Cambodia — because round trip airfare to SE Asia is hella expensive.
Which brings me to my second thing.
The second thing I love about this team is that $30,000 is a crapload of dough, but not so much when you consider what it’s bringing to the spiritual, emotional, and marital lives of the 35 people who will be served through this event.
That’s about $860 per person to bring professional mental healthcare, personalized written materials, pastoral care and guidance, a kids program, and a desperately needed long weekend away for this group of Cambodian and North American couples and their children. $860 to empower the people best suited and equipped to do the hard work of rescue and aftercare in SE Asia. $860 to refresh their weary souls and to build up their marriages to withstand the mind-boggling demands of their work in the weeks, months, and, hopefully, years to come.
As far as I’m concerned, that’s a pretty meaningful and significant use of funds. And it’s a damn good reason to send 7 suburbanites to the other side of the world for a weeks work.
To top it off, our short-term team took care of almost all the preparation and administrative elements from here to avoid creating work for the people they aim to serve. They booked the hotel rooms and conference space, they planned and prepped the kids activities, and they had all the materials professionally translated and printed in Khmer and English, so all the attendees have to do is show up and be cared for. I love it.
It all just makes so much sense, you guys!!
Part of why I’m so excited about this team is that we came off the mission field after cinco años in Costa Rica with a passion for God’s mission to the world, a heavy sadness for the scope of brokenness in the missional movement, and a big dream of leading the Church we love in a different direction; one that honors God, and empowers people, and makes sense – all at the same time. So, from day one in his role as a missions pastor, El Chupacabra has been intent on finding better, smarter, healthier ways to fulfill the Great Commission, pursue Justice, and help our church community engage in the Gospel with depth and meaning, both locally and globally.
Sending this team out into the world feels like a little step toward realizing that dream.
Short-term missions can actually be done well!
…I hope.
We’ll see. I’ll let you know if it ends up being a total disaster… but I really don’t think it will.
God speed, Lakeside!