Put the Bible Back in Schools

November 18, 2014 / Jamie Wright / 2 Comments
A million years ago my real-life, non-blogger, probably-not-even-addicted-to-the-internet friend, Jenna Kemp, rocked this little corner of the WorldWideWeb with her words, and I’ve been begging pleading nagging asking her to write us another post ever since. AND NOW SHE HAS! AND OMG.
—————————————————————————-
Sometimes I hate talking to new people at parties. There comes a point in most conversations when we ask each other the question, “So, what do you do?” I’m still trying to figure out a way that I can answer this question without launching into a religious discussion, and, to be honest, I feel ambivalent about the fact that answering this question leads to such a discussion.
Here’s the thing: I study the Bible (the Hebrew Bible, or the Christian Old Testament). I study the Bible in its historical context and the community who produced it. I study its literary qualities, its politics, its ambiguities, its story-telling strategies, and the multiple identities embedded in this ancient text. I am interested in what a text is, what the Bible is, the role and process of literary production in the ancient world, how each part of the Bible came to be, and how they all got put together. I am interested in tuning my ear to the Bible’s own voices and exposing those voices to others. I love that moment when study folds time and I can actually approach the ancient world through this tiny, intricate, fragile rabbit hole of a text.
So when I go to parties and tell someone that I’m doing my Ph.D. in Hebrew Bible, and they look at me totally confused and say, “Do you want to be… a… pastor?” or, “So – are you, like, religious?” or, “So do all the prophecies about what will happen in the future scare you?” (true story, really happened – and btw, no), I get frustrated. 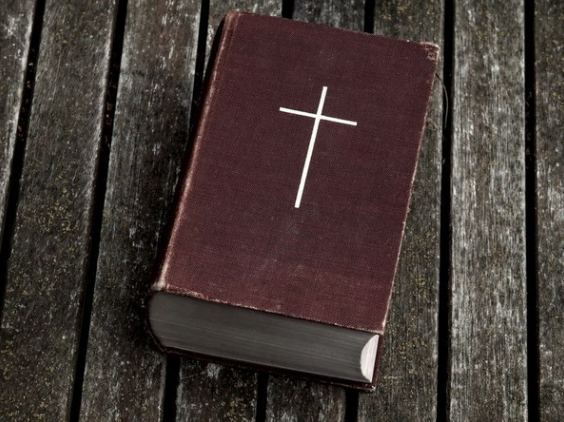 It’s not that I get frustrated at this person in front of me asking, perhaps, the only question that they know how to ask (some people literally just walk away, so god bless the soul that has no idea what I’m talking about and tries anyway). It’s not that I get frustrated that a complete stranger is asking me super personal questions. The thing that really frustrates me is that our culture has created a space for the Bible that allows for only these kinds of questions to be asked. In our popular imagination, the Bible is a religious book for religious people who want to find answers in it, answers that they can then use to smack people with.

Now, I’m not saying that this is what everyone actually does. I belong to a wonderful religious community that treats the Bible critically, wrestles with its ambiguities, and seeks out its wisdom. I am not against this approach. What I am saying is that more often than not in our Western culture, the dominant conversation about the Bible is steeped in the context of the culture wars that have been waged for quite some time.
Our loudest voices on the Bible have used it to fight evolution, fight homosexuals, control women’s bodies, keep prayer in schools, put God on our money, keep our guns loaded and available for children to shoot each other with, go to war, commit genocide, keep our gas tanks full, and on and on and on. And so much – SO MUCH – of this conversation is centered on whether or not the Bible is “True,” the meaning of which continues to be uncertain for me. Whether or not it is “true” seems to be the most complex question about the Bible that our culture is capable of asking because that’s all that we’ve been hearing about, for like, ever.
We need to contribute to a culture that approaches the Bible critically for two reasons:
1. We can steer the conversation away from whether or not the Bible is true to what the Bible actually is; and
2. People for whom the Bible is not a religious book, but who live in, or interact with, Western culture need to have access to a text that has shaped their cultural inheritance.
1. Moving away from whether or not the Bible is true and towards understanding what the Bible is:
So what is the Bible? The Bible is so many things! Here is one way that I like to think about it: The Bible is an ancient text, situated in the ancient Near East, responding to a variety of social, political, and religious stimuli. It’s arguing with voices contemporary to its own about what humanity is and what the divine world is. It’s arguing with voices within its own community about who is in charge politically, whose ideas about religion should be favored, and who can legitimately be considered part of the community (and we can find remnants of these arguments within the text!). It’s trying to construct a narrative of empowerment for a people group who just keep getting pushed around.
But when we don’t listen to the Bible, when we only ask it what it can do for us, when we look in its pages for God’s lesson to us, we miss out on the Bible’s actual voice. As spiritual communities claiming some sort of affiliation with the Bible, how can we really understand its wisdom without understanding the context in which it was produced? We need to understand what the Bible is responding to in order to understand what it’s actually trying to communicate. And from this point we can begin to determine whether or how those thoughts are helpful for our lives. Otherwise we are misappropriating it and making it say things it never intended to say.
2. Allowing everyone access to the text:
Studying the humanities tells us who we are and from where we have come. Our art, literature, history, religious traditions, music, and poetry make up our cultural inheritance, providing us with our sense of identity and connection. And while there are so many texts that have contributed to our cultural repertoire, the Bible is probably one of the most significant because subsequent texts have had to confront it in some way. The Bible finds its way into everything from Steinbeck to Shakespeare, and texts from which it is absent ring loudly with this fact. If we have any hope for engaging deeply with our entire field of humanities, we need to read the Bible.
And we need to read it in this context so that we, as a culture, can get in touch with our own roots, our past, and our ancestors. If we have no idea where we came from, there is little hope that we can come to a deep understanding of who we are. And without understanding who we are, real systemic change is nothing but a dream. Why is the Bible so separate from the humanities? Why do we not read it in school along with Homer and Beowulf? How are we to confront our societal ills without reading the Bible, and reading it well?
We need to create a space within our popular culture in which it is possible to read the Bible outside of a religious tradition, reading it instead as one of the great works foundational to Western Culture, and allowing for conversation that doesn’t respond to modern religious ideas. This does not mean that we have to take the Bible away from religious communities, but it does mean that religious communities need to be secure enough not just to allow, but to empower other people who don’t find God in its pages to have a seat at the reading table.
___________________
If you are interested into delving into the world of critical thought about the Bible, I have a few suggestions listed below. Most of these works are fairly accessible and have been written for both scholars and laypeople. Obviously this list reflects my own interests, but, nonetheless, I hope it’s helpful! “Jenna is a Ph.D. student in Hebrew Bible at UC Berkeley. She is interested in all the things she listed above, but is especially biblical narrative and its social function. She lives in Oakland with her partner, Malka, and their dog, Leviathan. They all love Jamie the VWM very much.”
She doesn’t have a blog, or a twitter, or a Facebook fan page for you to stalk. Weird, I know! But she’ll be checking comments on this post, so feel free to communicate with her here, or you can email me and I’d be happy to forward your correspondence.
———————————————————————–
Thanks, Jenna, for sharing your thoughts so beautifully and for, once again, challenging the crap out of me. I love you!