December 10, 2014 / Jamie Wright / 1 Comment
When my two younger sons walked in after school that day, I could see it in their glassy eyes, their sagging shoulders and low hung heads, I could hear it in hitched breaths and stuttered sniffles; they already knew.
Their young friend and teammate was dead.

We all got in the car and drove to the lake, where, in place of practice, our little UNRC crew team and coaches and a few parents gathered around picnic tables in shock and mourning. The youngest boy on the team was gone, and the group desperately wanted to understand the tragedy that took him. He was simply too vibrant and too precious and too young to be dead. How could this have happened?

It couldn’t be real. How could we lose a twelve year old to suicide?
I stood nearby, heartbroken by proxy, trying unsuccessfully to hold back tears as the group of teens took in this shocking news. At first they could only cry. Gratefully, an adult stepped forward and said, “Hey, I didn’t know him very well, can you guys tell me about him?” Then, alternating between laughter and tears, they would tell a silly story about the quirky, sweet, funny kid who joined the team at the beginning of the season, and then quietly fall back into their grief over his absence. They talked about his favorite song, the green shirt he wore to every single practice, his knack for losing unusual things and then finding them again, how he always had food in his bag, his love of youtube, and how he gave the very best hugs. They quoted his words and imitated his ways and listed hilarious nick names he’d bestowed upon teammates. They smiled when they recalled how his team sweatshirt was so huge on him, and then they cried at that same image in their head. It seemed like everyone had something positive to say about the little coxswain/Jr. Rower/unofficial Kid Brother to a team full of teenagers.
But no one said his name.

His name was caught in their mouths like a secret, yet to be told. It clung to their lips, too precious to be spoken. With the last few minutes of dusky light, as the air grew cold and the sun dipped low over the lake, it was almost as if his name, his memory, his lifewas a treasure from which the team had been privileged to receive a small share. They sat together, near the water, silently guarding this special gift until the sun set on the horizon, the world went dark, and the universe stepped in to take over the rest of the story.  Ronin’s story.

By the time we arrived at a candle light vigil in front of his house that night, there were network news vans, reporters, and cameramen all over the place. And by the time we got back home, Ronin’s death had become a feature story.

Over the next few days, my boys watched their young friend’s face go viral — his full life and tragic death summarized again and again in just two words; cheerleading and bullying. Overnight, they saw his name turned into a #hashtag and his picture become fodder for armchair activists and purveyors of grief porn around the globe. They were rowing with Ronin on Monday, and on Friday they were watching his death be appropriated by the Internet and used as glorified click-bait, in sensational headlines, to push agendas, and as a source of dramatic flair for social media “like” whores.
When my youngest saw himself in a newscast using footage from the candlelight vigil, he was furious and he asked if he could sue to have his image removed. He wanted no part in the media circus, no part in what he saw as the digital desecration of his friend’s memory. He thought Ronin should be remembered as more than a hashtag, more than a cheerleader, more than the poster child for anti-bullying, because he was, indeed, more than those things. So I promised my boy we could take back the internet on Ronin’s behalf, and I believe that’s true.

I think we need to share Ronin’s story, but only if we’re willing to let it change our lives. Otherwise, we’re just part of the circus capitalizing on his death.

But, in truth, everyone should be talking about Ronin Shimizu. The whole world should know his name. I want everyone to have his precious face burned into their minds, because when a 12 year old takes his own life after being bullied and picked on and harassed simply for who he was, we have a responsibility to remember him. My hope is that we can and will continue to share Ronin’s story, not as fear-mongers or tear-jerkers, but out of our desire to make the world a better place, to make our children better people, and to create a positive legacy after the death of a boy who deserved better from us in life.

We may never be privy to exactly what led to his death – those are sacred details for the people who knew him best and loved him most – but we do know that Ronin was the victim of bullying throughout his childhood. We also know his parents did an amazing job giving Ronin the freedom to be Ronin, while doing their best to shield him from cruelty. Moving forward, we know we can honor Ronin’s life by actively caring for and protecting other kids like him, by recognizing their specialness, by loving them and valuing them for it, and by tellingshowing all of our children to do the same.

Some of the kids on the crew team, mine included, are struggling with feelings of guilt and remorse over their friend’s suicide. They can’t stop recounting the details of every interaction they’d ever had with him, and recalling their last words to him. They wish they’d said more, done more, seen more; They wish they’d loved Ronin better in the brief time they had with him. As his face continues to pop up in their news feeds, I can see their hurt and frustration mounting. They were his community, and they feel like they failed him. Now, with a great twist of the knife, the internet is overflowing with tributes of friendship and devotion to a boy who died (at least in part) as a result of cruelty, loneliness, and isolation. Oh, the #irony.

We’ve been assured our little crew team was a source of joy for young Ronin, but still, I think everyone with even the slightest proximity to him has regrets. They certainly weren’t his antagonists, but when our crew kids read some of the stuff they find online, they can’t help but feel an ache of remorse and flash of anger, because it’s so easy to hear a story like Ronin’s and imagine you’d have been the one to notice his anguish, or you’d have been his best friend, or his greatest encourager. It’s easy to hashtag a picture of his smiling face and declare your anti-bully rage. It’s easy to click “share” on his sad story.

In real life, we knew a small boy with a bright smile and a big, blue sweatshirt, and we never perceived his pain.
Ronin changed my real life.

He changed my sons’ lives. He changed our family. He challenged our community and he shook our Church.

Ronin is teaching us to recognize and uphold the specialness of others. He’s teaching us that compassion isn’t a choice, it’s a necessity. Like air. We need to live and breathe it. He’s asking us to open our eyes; to seek the wounded, to shelter the weak, to reach for the hurting. He’s telling us that “kids will be kids” and that sometimes kids are vulnerable, so adults need to be adults and teach the kids who are being assholes to be nice.
Our communities will, undoubtedly, become better places through the things we learn from Ronin.
…But it shouldn’t take the death of a tormented 12 year old to teach us a lesson in how to treat each other. This should never happen again. And I believe that it if we remember him, if we honor his life and his story, if we let him, Ronin will change the world. 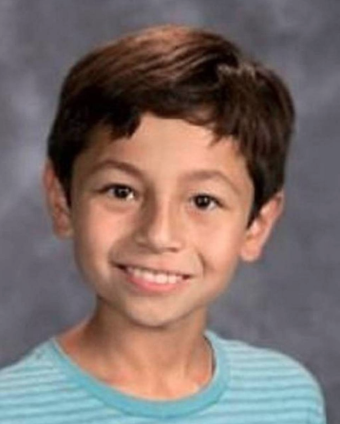 You are a world changer, Ronin.

To make a contribution to the Ronin Shimizu Memorial Fund, click HERE. Thank you!