A Missionary’s Position on 50 Shades of Grey

February 19, 2015 / Jamie Wright / No Comments
For the record, yes, I read the book and, yes, I watched the movie. And before we get into my review of them both, I want to offer you this tidbit of advice from the bottom of my crooked little heart — For the love of God, if you haven’t already subjected yourself to either of these atrocities, spare yourself.
If you haven’t seen or read 50 Shades of Grey and you’re not really sure what the fuss is about, perhaps because you were lucky enough to be stranded on a desert island for the past year or so, I wrote a brief summary, just for you — Read it HERE, and come back — We’ll wait…
Ok? Ok. Let’s do this.
First? The story in 50 Shades of Grey only “works” because Christian Grey is a hard-bodied Adonis with an insanely awesome penthouse, sleek cars, loads of cash, and, oh, a helicopter. If he was an ugly dude who worked at a gas station, rode a dirt bike, and invited a cute girl into a “play room” full of torture devices in the back of his doublewide trailer, we would all be disgusted.
It’s true and you know it.
Take away the male hotness and the buckets of money and suddenly 50 Shades of Grey is a book about an insecure, young woman who meets a controlling, manipulative stalker, and finds herself in a mess of her own conflicting emotions. She enjoys being the object of his desire, but she’s also intimidated by his demeanor. She’s not comfortable with the things he’s asking her to do, but he’s only asking because she’s “special” and he wants to share special moments with her. He smothers her, but only because he wants to protect her. And he punishes her, but only for her own good. She knows he’s not perfect, but surely, if she sticks with him long enough, he’ll change. She’s freaked out by the demands she must meet to be in a relationship with this guy, but how else can she show him how much she really loves him? 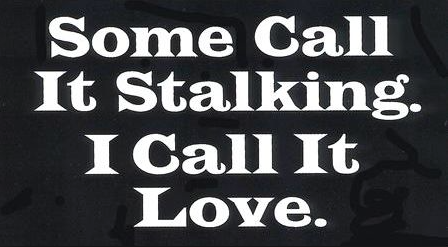